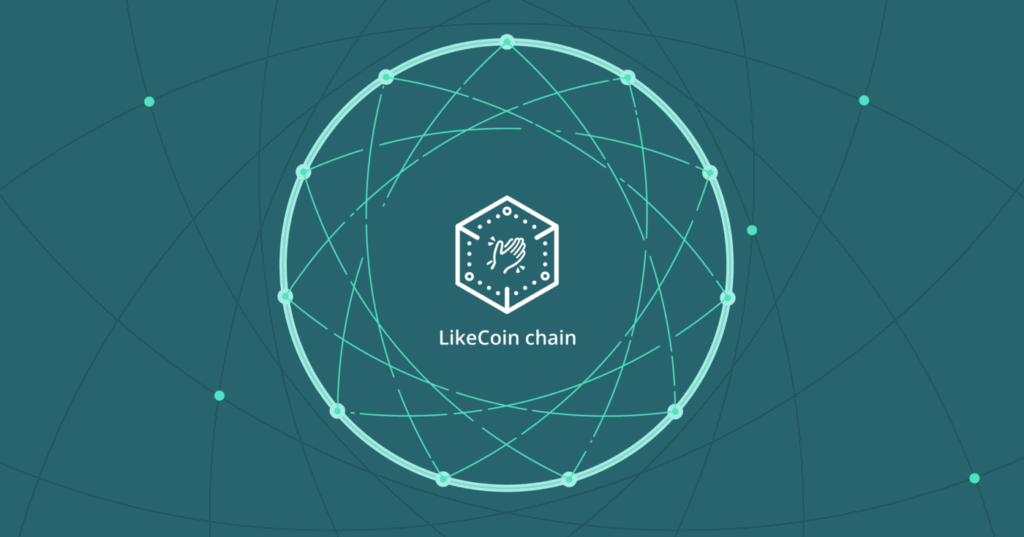 The new generation of LikeCoin with high-speed, low-cost and liquid democracy

By the time this is published, Genesis block of LikeCoin chain has been produced. If that is not your language, try understand it this way: Republic of Liker Land was established on the cyberspace.

This article introduces the elements and the mechanism of Liker Land, using as little technical jargon as possible. Developers are encouraged to check out our technical documentation or, better yet, our source codes which are open on github.

Or Liker Land for short, is a decentralized community in cyberspace of content creators and consumers, who collectively own and govern the community.

In blockchain terminology, Liker Land is a decentralized autonomous organization, or DAO.

A citizen in Republic of Liker Land. Each Liker has a unique Liker ID to identify herself. While many Likers are writers, photographers, illustrators, editors and curators, Liker Land totally welcomes silent content consumers and offers services for them to involve and contribute without creating contents.

A Liker who joins the USD5 monthly subscription service. Civic Liker is essentially a tax payer in Liker Land and enjoys various benefits while at the same time supports creators.

Reader, passport and wallet all integrated in one single app. Liker Land mobile app is essentially government of the Republic on your palm.

Some tech lovers prefer lower level tools such as command line interface and hardware wallet. It requires significant technical know-how and is beyond the scope of this article.

The trademarked hands-clapping button attached to stories, images, illustrations and other creative contents, on which a Liker claps to show her appreciation.

Usually called LikeCoin for short, it is the de facto token in Liker Land. LikeCoin has 3 major uses:

A distributed ledger of the Republic, the open government of Liker Land. A sovereign, application specific blockchain designed for content creation and information property management, offering high-speed, low cost and most importantly, independence. Data on LikeCoin chain is open and can be visualized on Big Dipper.

The very first beta of LikeCoin chain, code-named KaiTak, was released on Apr 2019 and was upgraded to Taipei on Sept 2019 as the new beta testnet. First public release of LikeCoin chain, SheungWan, was just launched on Nov 15, signaling the establishment of Republic of Liker Land.

Operates a set of servers 24×7 to validate all transactions of Likers, including token transfers, content publishing, voting and etc. A validator on LikeCoin chain is both a bank and a senator in Liker Land.

When LikeCoin was first introduced in 2017, it was an “ERC-20 token” issued on Ethereum blockchain. To distinguish from the new standard used in Liker Land, the legacy token will be stated explicitly as LikeCoin ERC-20 while the new token referred as LikeCoin token or simply LikeCoin.

New LikeCoin will be minted at an inflation rate determined by the validators collectively. The inflation rate was set at 1% at the Genesis of Liker Land. The newly minted LikeCoin is for rewarding validation of transactions (see Validating Transaction below).

With Liker Land being a community of content creators and lovers, appreciation of and rewarding for creativity is a core value.

In contrast to Like Button of Facebook and other social media, tapping a LikeCoin button — clapping — provides the corresponding creators with tangible rewards. A content can be clapped by a Liker 1–5 times to reflect the degree of appreciation. Each clap represents a vote for the content, helping the creator receive part of the Creators Pool allocated for that day.

A Civic Liker enjoys higher weighting for her claps, which other than the Creators Pool also distributes all of her own monthly payment to creators on average. LikeCoin button is like an assistant to Likers, helping them micro reward creativity automatically with claps as a signal of appreciation.

In order to reach consensus in a community, some trusted parties have to record all transactions. In traditional world, this is performed by banks which charges various fees. In Liker Land, peer-to-peer transactions in general takes 5 seconds at extremely low cost. Such a system is realized collectively by validators, endorsed by Likers.

Endorsement by Likers is reflected by delegation. When a Liker delegates her LikeCoin to a validator, she is trusting its technical ability, knowledge and integrity, and is letting it represent her. Similar to saving in banks, delegated LikeCoin is still owned by the Liker, but it takes 21 days to undelegate and get back the LikeCoin to one’s own wallet.

The voting power of a particular validator equals the total amount of LikeCoin delegated to it, since it reflects the level of endorsement it receives from the community. Approximately every 5 seconds, a block is created in LikeCoin chain to record all transactions during the period. Every validator has to agree and sign the block to confirm. If everyone or more than two third of voting power agrees, the block and thus all transactions within it will be confirmed. In this case, all signing validators will be rewarded some newly minted LikeCoin according to their voting power. The newly minted LikeCoin comes from inflation, which is set at 1% at genesis. The rewards are split 50:50 between the validator and the Likers who delegated their LikeCoin.

If, however, a validator does not perform its duty or act maliciously, there will be penalty:

In both cases, delegated LikeCoin from Likers will be slashed at the same ratio. It is important for Likers to delegate only to validators they can trust.

In blockchain jargon, the above mechanism of decentralized consensus is called Byzantine Fault Tolerance (BFT), achieved through Delegated Proof of Stake (DPoS).

As stated in the very beginning, Liker Land is collectively owned and governed by the community. A liquid democracy system is designed and deployed upon Genesis to enable the self governance of Liker Land by all Likers though validators.

When a Liker delegates LikeCoin to a validator, not only does the Liker helps validating transactions in the community and earns rewards, she also endorses the validator to represent her to raise proposals and vote for or against the proposals. This is called liquid democracy. In this aspect, delegation is like voting in a representative democracy society, except even better, a Liker may also decide how much LikeCoin to delegate to reflect the level of endorsement, and may delegate to one or more validators.

Every proposal is a change to the current system. After all, it is not very meaningful to pass a proposal that changes nothing. All validators may raise proposals.

Some aspects of proposals include:

In order for a proposal to enter the voting period, 1mil LikeCoin has to be deposited within 2 weeks. Instead of having the validator who raised the proposal to deposit all 1mil LikeCoin, the deposit may come from other validators and Likers.

In case the proposal receive less than 1mil LikeCoin deposit, the proposal will be abandoned and the deposit goes to the Community Pool, exact use of which determined by other proposals.

All validators may then vote during a 2-week voting period. There are four options to every proposal: Yes, No, Abstain and Veto. Veto is to express a “No” so strong that the validator believes the proposal should not be proposed in the first place, and should have its deposit expropriated to Community Pool.

During the voting period, if a Liker does not agree with the option picked by the validator representing her, she may transfer her delegated LikeCoin to another validator. This is another area liquid democracy improves over traditional representative democracy.

The proposal would be implemented if it is passed. It happens when:

In case quorum is not reached or the proposal is vetoed, the 1 mil LikeCoin deposit goes to the Community Pool. In other cases, the deposit will be returned to the Likers.

With the Genesis of Liker Land, LikeCoin ecosystem is entering a whole new paradigm. Services and governance of Liker Land is designed in a way closely resembling a modern society, with some enhancements. With the governance by liquid democracy in place, every aspect of Liker Land can be improved through proposals of change, including, most fundamentally, the constitution.

As a result, the design and governance of the Republic will no longer be solely in the hands of core development team, who will nonetheless continue to dedicate their time and effort to LikeCoin. From now on, Liker Land will be collectively owned and governed by her stakeholders, all Likers.

Despite all the exciting development, it is just the Genesis.