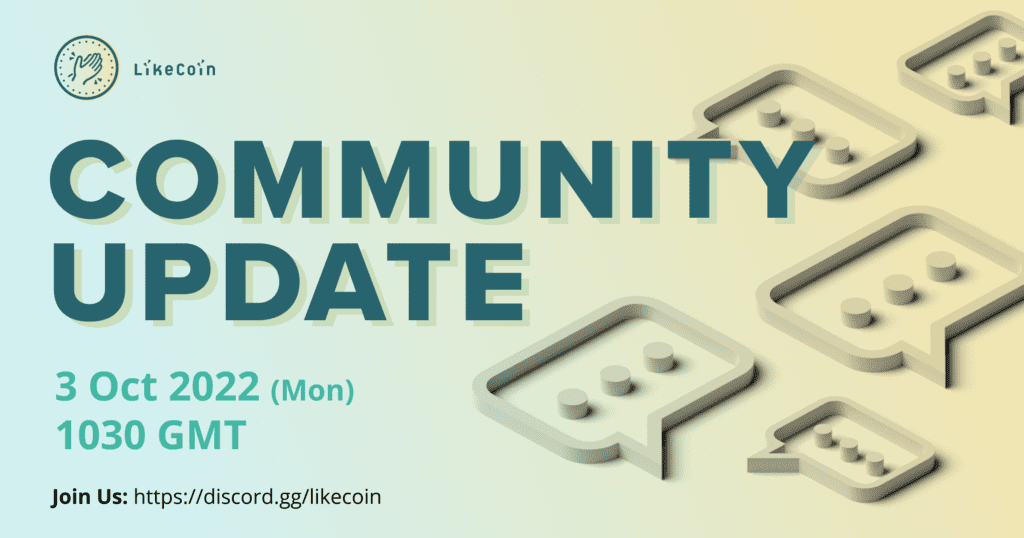 The portfolio page of each individual has a gem of diamond like status of the Writing NFT. It ‘s reflecting the reader status of how much they have participated in terms of purchasing Writing NFT. This is one of the aspects that will experiment with in the upcoming weeks. Basically to have authors sell more Writing NFT this kind of social status and social value in addition to the portfolio page. This is something new and will start closely monitoring if it makes a difference and how people are reaching to this kind of social engagement on Liker Land.

To summarize what has been done in the past month, 5 feature writers as demo was launched , they are authors from different verticals in terms of their writings:Blocktrend, BlockTemp, Pazu, Michael&Tiffany, Chung Wah Chow. There are authors that were experimented every week so that the Writing NFT could be in what kind of audience, and what kind of creative community as well. Features to improve the onboarding flow for readers to collect Writing NFT were enabled, one very obvious feature was adding credit cards to improve the onboarding experience. When Writing NFT was launched, all readers will need LIKE in order to facilitate the collecting of Writing NFT. To lower the barrier for layman user to participate, credit card collecting is enable. Will closely monitor how many layman actually use this method, will collect more data in the coming month to see if it’s actually help. Transfer feature of Writing NFT was also enabled, however not having a lot of data of how well they have been used.

Alongside with the product feature, also discussing how to sustain the AMA, trying to cover different kinds of writers of different backgrounds, may potentially have community members to host this kind of AMA. For the next month will be focusing on adding social value and social participation on the portfolio page of Writing NFT.

It will be easier to share the roadmap in a blog post and may link GitHub update to Discord so that it is easier to be aware of what is new for Writing NFT. Edmond and Phoebe will discuss how to better manage the Writing NFT progress in the format of blog posts or drop in sessions.

Writing NFT has a whitelsting mechanism, there are over 100 responses in terms of interests from author, onboarding about 10 writers per week to make sure the pace is in control and understanding the needs from all the writers, and help them onboarding using the Writing NFT widget. There is a long list to go in terms of the progress. UX for readers is enhanced for readers to collect and empower their interest in using Writing NFT. On the next two months will focus on the whitelisted writers and help them to get successfully and engage more readers to collect Writing NFT.

On boarded Comostation as validator as well as wallet integration. If you are a Cosmostation user, Liker Land Writing NFT has already shown up in the Cosmostation app under the DApps section, however they are still working on collecting directly through the Cosmostation wallet. Right now you can only view your collection of Writing NFt in mobile, still have to figure out some technical aspect to allow users directly to collect from Comstation wallet, it may involve a chain upgrade due to the current Cosmos SDK limitation. You can use the Cosmostation Browser Extension wallet to manage your asset. Cosmostation is currently a validator of LikeCoin chain, please support them if you can.

Leap Wallet launched LikeCoin connection as well, feel free to try it out.

Proposal 57 is in deposit to provide incentives to the LIKE and OSMO pool. Per the discussion with community members, will be focusing on driving a particular pool on Osmosis instead of maintaining two pools. Catch up on the discussion in the thread in Discord if you want to. After this proposal is passed, the next step is to raise a proposal to have the Osmosis community to match these external incentives so that it will have stronger incentives for people to trade and provide liquidity of LIKE.

They will soon raise a proposal regarding the renewal of the board. Join the discussion in #apply-for-delegation channel if you are interested.

End the experiment of the Blockbuster team wrapped up last month. Would like to invite those who are interested in Discord Management and how to drive readers into Discord and how the discussion should look like. There are some actions which are pretty outstanding to make LikeCoin Discord easier. Currently the English channels are in major focus however it’s not likely for existing users to use as majority of them are Chinese users and are new to Discord. In the next few months we can have community members together to help drive, for example Liker Social which is very active in the community.

LikeCoin will participate in IPFS Camp to be speaker in Lisbon at the end of this month. Phoebe will represent LikeCoin to participate and speak on IPFS use cases under content preservation and what LikeCoin is doing for the IPFS community for the very time.

Henry from depub.space was in Cosmoverse, he may provide more updates after his return from the trip. Cosmos released 2.0 whitepaper related to Cosmos SDK and may invite him to share it next month.