LikeCoin Proof of Creativity Mining 1st Campaign Round Up 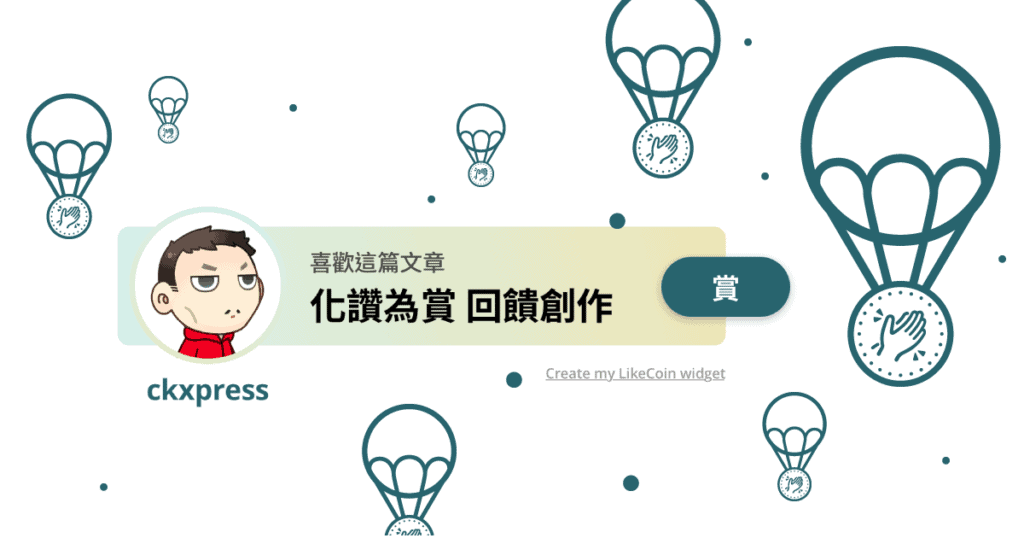 The 26-day campaign has come to an end, thank you for all your participation. We believe that many of you has polished your writing skill, read and learned more during the campaign. The most important thing, however, is to know one other among writers and readers.

And yet the most important among all is to wrap our head around for the Proof of Creativity mining concept — your creation has mined LikeCoin, you may have probably sold it on the exchange, or may have given the coins away to stimulate other creations.

The campaign aims to let the participants experience several simple but hard-to-swallow concepts.

Myth 1: My creation worths a value?

Sad but true, creators feel difficult to believe that their creations are not free work done. We have been living under a distorted content-consumption ecosystem for too long. We have got load applauses when we raise the idea of realigning the content and reward by executing the Proof-of-Creativity plan, but most of the creators are just giving us the benefit of the doubt. The campaign proves that creativity worths much more than a dollar by rewarding the bread and butter. The value of the creation can emerge under a healthy consumer market. We are to initiate the change.

There are totally 143 writers participated in this campaign, posted 1442 articles with LikeWidget, LikeCoin Foundation has released 255,000 LIKE that worths USD 1,631. 59 readers have given 10,979 LIKE away in total.

We have said LikeCoin, as a cryptocurrency, is a utility, is a tool, for the content consumption market; and we proved the idea by this campaign. We encourage the participants to create their first MetaMask/Trust wallet, exchange on QRYPTOS and IDEX and transfer LIKE to the others. The first step is always the most difficult, and you did it in the past month’s campaign.

You will know that LIKE has actual use case, just like USD/TWD/HKD, after you really tried to use it — although the volatility is comparatively high. The value and the liquidity of LIKE, however, is authentic.

A participant tried to bid for a Chinese couplet by 100 LIKE during the campaign period, and the community responded with an interesting creation — that is a cool example of what the foundation expects to happen in the market.

We have a long way to go before we can change the behaviour of the content consumers — the readers in this campaign. We adhere to achieve the goal bit by bit, following the 10-year plan stated in LikeCoin’s whitepaper.

The election of the Article of the Day with the winning criteria Receiving the most LIKE is designed to encourage readers to show appreciation by giving out LIKE. What we expect from the creators in return is quality content, which is an essential element of a virtuous cycle. The Foundation shall be the one to provide the genesis force for this virtuous cycle to kick started.

Next Campaign is Coming Soon

The Foundation will announce the details on the next Proof of Creativity mining campaign. Creators can continue to mine LikeCoin by their creative works in the campaign, but the amount a work can mine will depend on the “amount of Like”(not the amount of LIKE, but a free “Like”) given by the readers. The mechanism will be one step forward towards the final Proof of Creativity mining algorithm.

Please stay tuned of our announcement via the social media channels as below.