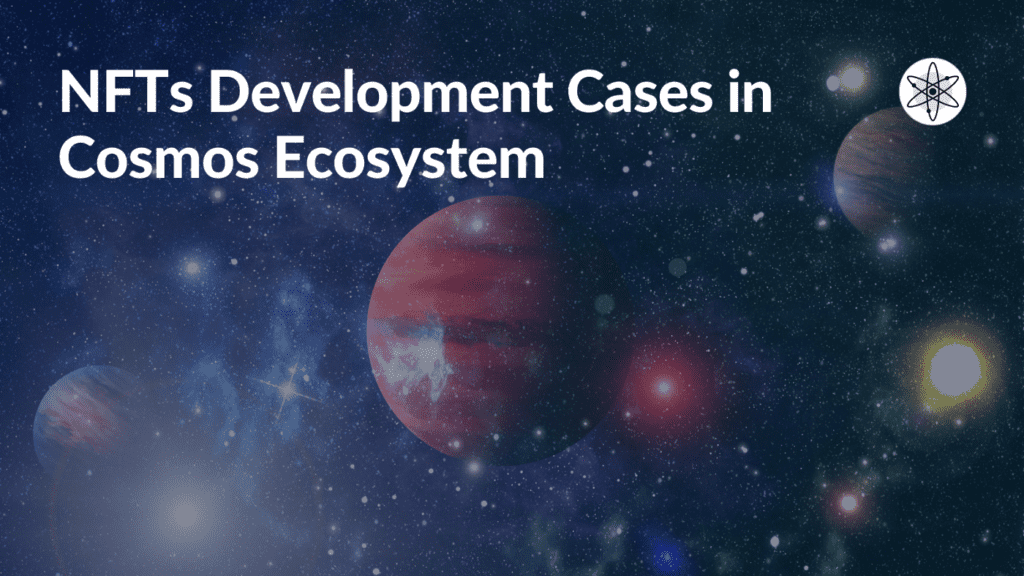 NFTs has led a wave of trends in the blockchain community recently. But what is the current state of NFTs development in the Cosmos Network ecosystem? Let’s check it out!

Cosmos had committed to developing the NFT module since 2019. After merging their development results into the master branch in late August (refer to this PR), they published the above article in early September. It gives a short introduction to NFT and explains the functionalities of several basic structs and interfaces in the NFT module.

If you’d like to jump straight to the good stuff check out the spec here , the code here and a sample app using the module here.

Readers who try to dig deeper into the implementation details might have noticed the links to spec and code in the introduction section were broken. It’s probably due to that developers had moved the whole NFT module to the modules/incubator/nft folder in October (refer to this PR).

However, the Cosmos development team had stopped updating the NFT module for an unknown reason later on. The GitHub page shows that the last update was in June 2016. The NFT module stays unfinished.

(2021/05/19 Update: The discussion for implementing a generic NFT module has returned and is now ongoing on GitHub.)

The InterNFT Working Group commits to initiating Interchain standards to make NFTs interoperable across blockchain networks. They proactively participate in the 🧰-did-nft-and-metadata channel of the Cosmos Discord community. The period of the lastest phase is from September 2020 to March 2021. The working group holds an online meeting in a weekly cycle. The meeting records are stored on YouTube. Documents can be found on the official site and GitHub. The working results are mostly classified into standards and protocols.

Beside the resources from the official website, Medium links can be found as below:

This thread talks about several NFT standards and implemented cases (including two cases mentioned above), compares their pros and cons and suggests a simple proposal and basic requirements.

Pylons is an NFT engine based on the Cosmos SDK and IBC protocol. It’s a platform that supports cross-game item trading with a low trading fee, high trading speed, easy to development features.

In April 2021, Tendermint Ventures announced that they were incubating Pylons as their flagship NFT chain for the Cosmos ecosystem. Pylons plans to offer full SDK and developer docs by July.

Uptick is the first NFT mobile app in Cosmos/IRISnet ecosystem. It supports digital collectible cards and e-tickets in the current phase. Users can purchase, transfer, and sell these NFT collections. Uptick supports Android devices in the current phase and can be found in the official download link and Google Play Store. Furthur news and introduction are as below:

The implement details of the IRISnet NFT module that Uptick applied can refer to the repo irisnet/irismod. It’s basically derived from the NFT module of Cosmos SDK, but many amendments have been made since the first PR, and the repo is kept up-to-date.

This case is from the Code with Us online workshop of Cosmos. Lecturers from CoCo & FreeFlix Media demonstrate how to use their products, CoCo and FreeFlix, which are based on the Cosmos IBC protocol, to conduct the NFT minting and bi-directional trading。

Commands of the demo video can be found in below repo:

In the current Cosmos ecosystem, the official NFT implement guide and module development work are still in progress. However, several development teams have published their NFT applications to the production phase already.