The Resizing Magic Within LikeButton 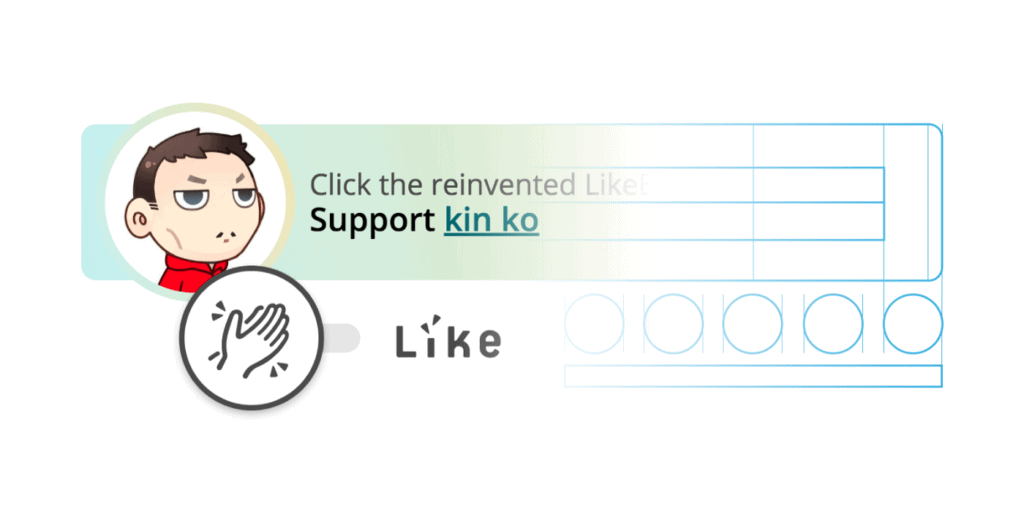 The Relative Units in CSS

When we were rolling out the first version of the LikeButton, we were overwhelmed by tons of responsive issues. Since the button is embedded using <iframe/> with fixed ratio of width and height, we have set bunches of media queries to make it looks pretty, especially for small screen devices.

After countless adjustments, we ended up facing some unmaintainable media queries. Nevertheless, we discovered the core of the problem within those CSS. We found out most of the media queries were just adjusting width, height, font size and flex-box settings, etc, by brute force, for example:

The above CSS is telling us what we actually need is a way that scale things respectively with screen width. The solution was inspired by Netflix web, when resizing Netflix web, elements such as text are actually scales respectively with screen width. By inspecting the styles, we finally got our answer. Therefore, we decided to rebuild the LikeButton once and for all.

To make things simple, let handle small screen devices first, assuming the maximum width of the LikeButton is equal to screen width, say 320px, to be the base for our px/vw conversion. For example, if the font size is 16px, then we have16 / 320 * 100vw which is equal to 5vw. Hence, all we need is to apply this conversion to all metrics. Fortunately, we use SCSS as our stylesheet language, so we can turn it into a function and use it everywhere.

After applying the conversion, we found out the LikeButton was extremely large in desktop screen. To solve this issue, we need to set a condition for conversion function to change in certain screen width, the solution is to use another relative unit — rem.

rem — Relative to font-size of the root element — w3schools.com

With viewport units, we can scale element respect to screen size and we can use rem to limit the scaling, besides, their compatibility are also great too. However, it is not always perfect to use in some situations:

Last but not least, it is a good habit for you to inspect other website to learn from others and maybe eventually save your life!