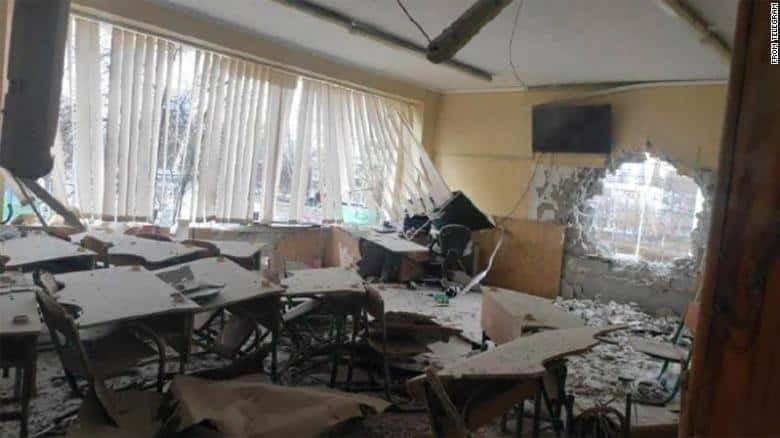 A photo from Telegram in March shows debris all over a school classroom in Kharkiv. Starling Lab and its partners submit this photo to the International Criminal Court as evidence of war crimes committed.

LikeCoin has been working with Starling Lab in the past year to register important media metadata to LikeCoin chain for immutable preservation.

Earlier this year, one week after Russia’s invasion of Ukraine, Project Starling began building the digital evidence preservation pipeline alongside with collaborators including LikeCoin. On 10 June, 2022 the team submitted the 1st of many dossiers to the ICC documenting war crimes that targeted 5 schools in Kharkiv. This is the first time where a methodology involving cryptographic systems, distributed storage, and public ledgers are utilized to secure evidence in a submission to any court of law.

Open source code and infrastructure operated by Starling Lab and partners produced encrypted archives of evidence assets that are redundantly replicated and publicly catalogued while protecting identities of personnel. These archives included cryptographic signatures and secure @opentimestamps, and are registered to Numbers Protocol and LikeCoin for assurances of authenticity and their existence in time. Starling Lab announced the Dokaz Alliance at #Consensus2022 to continue this work for authentic digital evidence preservation that will stand against misinformation and weaponized synthetic media for the years to come.

Content preservation is one of the important use cases of LikeCoin. Together with projects and partners such as Starling Labs, Numbers Protocols and Arweave that embrace the same dream, the knowledge about humanity can be inherited in a more reliable way.

Register ISCN on Matters.news for free

Matters now supports ISCN registration. Users can select “Register ISCN” in the right hand corner in “Work management” before posting to register the article with ISCN when the post is published. The registration fee will be subsidized during the promotion period and the portfolio can be retrieved at app.like.co.

The LikeCoin Airdrop will end on August 22, 2022. If you haven’t claimed it, please do so as soon as possible before it’s too late. Please refer to the tutorial to claim it.

Proposal #50 – The Creation Fund Committee requests for 1.2 million LikeCoins for the usage of distributing Creation Fund in the next three months.

Proposal #49 requested for 5 million LikeCoin as the 2nd batch of marketing development funds. Marketing SubDAO has promoted marketing initiatives in its 3rd month of operation, including brand ambassadors, community management, and recruiting design helpers. All expenditures are listed in a public spreadsheet.

Tech-SubDAO: The demo link of the new version of dao.like.co is ready, please try it out and give your feedback on the LikeCoin Discord #tech-subdao channel. You can find more details from the July report.

Creator Fund Committee: There were 628 Civic Likers in June, the total amount of creators rewards generated was 96,614 LIKE. You can also refer to the latest Creators Fund Status Review (Feb – Jun 2022) for some in-depth data.